Skip to content
About Us
October 7, 2015by Action Plus Bail Bonds
Get Bail Now

Action Plus Bail Bonds – We don’t just get you out, we get you help.

Located closest to the Pinellas County Jail, Action Plus Bail Bonds has been serving Clearwater and St. Pete throughout Pinellas & Pasco County for over 27 years. In addition to bail bonds throughout Pinellas County, we also offer assistance for the defendant who wants to be proactive regarding the charges they are facing and also after the case has been resolved. Contact us today for more information. 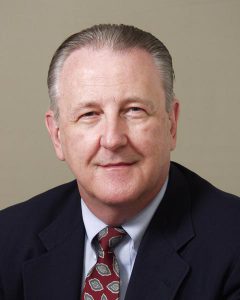 Before establishing Action Plus Bail Bonds, owner Frank Kopczynski was a hospital administrator and the vice president of managed facilities of two national companies that helped failing hospitals get back on their feet.

In April, 1988, after receiving his Professional Bail Bondsman License, Frank and his wife, MaryJo opened Action Plus Bonds across from the Pinellas County Jail. This ideal location was a major contributor in establishing the business because it allowed Action Plus Bail Bonds to be a convenient place for their clients to seek help posting bail.

Frank is certified in Mental Health First Aid and also lectures at Eckerd College and participates in speaking engagements around the state for L.E.A.P (Law Enforcement Against Prohibition). He also talks to local police departments, public defenders and schools about bail processes.

Frank Kopczynski was the host of the Criminal Justice Forum radio show for five years and has worked with people in the criminal justice system for more than 22 years. He and his wife of 47 years, Mary Jo, own and manage successful bail bond agencies in Pinellas and Pasco counties.

Frank is the sole provider of SCRAMx alcohol monitors in Pinellas County. For twenty years prior to launching his business, Frank worked in health care administration. His specialty was rescuing trouble facilities. Frank has served on former Governor Bush’s and Crist’s Ex-offender Task Force and currently serves on the Department of Corrections Re-entry Council.

Frank has been involved in many local committees, including Families Against Mandatory Minimums, National Alliance of the Mentally Ill, The Pinellas Domestic Violence Task Force, Pinellas Ex-offender Re-entry Coalition. He also works with Pasco, Hillsborough, and Charlotte Counties to help establish similar groups. He has served on two statewide committees on re-entry appointed by both governors Jeb Bush and Charlie Crist. He has also given presentations to civic groups, conferences, law enforcement agencies, public defenders, and the state attorney regarding monitoring, bail, and re-entry as well as other issues dealing with the criminal justice system.